In this post we discuss natural remedies for PMS symptoms that are currently used. Most women at some point in their lives have experienced the rather unpleasant phenomenon that is known as premenstrual syndrome or PMS. Just do a search for PMS on the net, and you will come across a slew of rather interesting quotes, idioms or stories that portray the horror of the turbulent hormonal eruption of a PMS-ing woman.

All jokes aside, PMS while a relatively harmless result of hormonal volatility, can actually be a disruption in the lives of some women. The symptoms can be so severe that it can disrupt their abilities to function effectively. In this article, we explore what causes PMS and a few natural remedies for PMS cramps, acne, moodiness, anger, pain, bloating, in other to alleviate the symptoms and get through aunt Flo’s visit without losing our minds and better yet without causing those close to us to lose theirs.

So what is premenstrual syndrome (PMS)?

PMS is the collection of symptoms that women experience generally a week prior to the onset of the monthly period. The symptoms would generally start to disappear when the menstrual flow begins and slowly taper off as the weeks go on.

PMS typically affects women of all ages who have reached or surpassed pubescent age. These symptoms do vary from woman to woman. For some women, premenstrual disorder is fairly mild and usually comes and goes without much thought.

While in some women the effect could go on for a prolonged amount of time and is so severe that they could hardly carry on with their daily lives. PMS disorder, however, would normally vanish when the woman is pregnant or when she has reached menopause.

PMS frequently manifests itself through physical and emotional symptoms. The manifestation of the symptoms differs from woman to woman and may include the following:

The exact causes of PMS are not yet known, but there are a few factors that can add fuel to the flames and make symptoms worse. Some of these factors are beyond our control such as genetics. Then there are factors that we have direct control over such as diet and exercise that can help to keep symptoms at bay.

This explains why the signs are visible during the fertile period of the woman- during ovulation and menstruation but would generally disappear once the woman is pregnant or have reached menopause. This alteration in the level of hormones may have varied effect in different women. It may affect some women more than others.

Stress and emotional problems like depression can make the symptoms of PMS worse.

Poor diet and insufficient levels of vitamins and minerals

Poor diet can generally lead to a lot of health problems. For a pms’ing woman, it can create all kinds of havoc in the body. A poor diet usually deprives the body of important and necessary vitamins and minerals that the body needs to maintain balance while supplying an excess of bad fats, sugars and carbohydrates that weigh down the body and mind.

Chemical changes of compounds in the brain

The change in serotonin levels, which is a brain chemical that communicate information throughout our brain and body is thought t to contribute immensely to mood swing. This could initiate the symptoms of PMS like premenstrual depression, extreme tiredness, heightened appetite and sleep problems.

High levels of salty foods causes the body to retain water which can lead to feeling of being bloated.

This may alter your mood and energy levels making PMS symptoms worse.

Supplements that have shown to be effective at managing PMS symptoms:

There are numerous supplements and products on the market to help ease emotional and physical discomfort from PMS. We’ve created Femininitea Flo Moon Cycle tea collection to help during these times of the month. Femininitea Flo Replenish phase 4 of the collection was formulated with a blend of energy boosting and soothing herbs to replenish low energy levels during pms and soothe the body. Feminintea Flo Hello T.O.M (Time of the Month) tea for the week of the cycle with ginger to promote a calm and healthy flow.

Other commonly used natural remedies for PMS and painful periods include:

1. Calcium supplement when taken daily dosage of 1,200 milligrams (mg) may lessen the symptoms of PMS. A long-term use of it may minimize the woman’s chances of osteoporosis. As one who’s not a fan of taking so many supplements, I am so loving these gummy calcium tablets. You can find them HERE.

2. Daily intake of 400 mg of magnesium supplement may assist to lessen the body’s ability to retain fluid, tenderness of breast and puffing up normally experienced by women with PMS.

3. Vitamin E has been discovered to relieve the symptoms of PMS when taken in 400 global units every day. It functions by bringing to a minimum the production of hormone related substance known as prostaglandins which is usually responsible to breast tenderness and premenstrual cramps. It can also help with skin roughness

4. Vitamin B6 when taken daily has been shown to relieve PMS symptoms. The normal daily dosage is 50 to 100 mg.

5. Zinc when taken regularly can help to manage acne flare up, keep skin clear and promote hormonal balance and

6. Green tea a great antioxidant that can improve skin, energy levels, promote balance and mental clarity when taken regularly. A cup of green tea 1-2 times a day is enough to unleash its great benefits in the body. I personally recommend the organic green tea, you can find one HERE.

7. A few herbs that have been reported to help some women to relieve symptoms of premenstrual syndrome include: black cohosh, ginger, raspberry leaf, dandelion, vitex or chasteberry and evening primrose oil.

Daily intake of the following vitamins are commonly used to manage the symptoms of PMS.

Foods that help ease pain and discomfort of PMS

There are a lot of food that are great at relieving the symptoms of PMS. Women are advised to eat as many of these foods as possible . The symptoms of PMS may be completely alleviated by a healthy diet, adequate exercise, eating the right foods and addition of certain supplements. The following foods have shown to be effective at helping to relieve PMS symptoms.

Small quantity of dark chocolate which contains 70-85% cocoa solids has proved to be very good at combating the symptoms of PMS. It contains a lot of useful nutrients that can fight PMS like vitamin B1, vitamin B2, vitamin B6, calcium, and 58 percent of the standard food intake of magnesium in 3.5 ounces. Dark chocolate as well enhances the woman’s mood due to the presence of theobromine, manganese, and phenylethylamine that elevates the level of serotonin and endorphins in the brain naturally.

Yogurt in addition to providing the benefits of other dairy products as well contains probiotics which benefit the digestion, and eliminates speed. This does away with painful bloating and constipation that are occasionally the symptoms of PMS.

Fish is rich in vitamin D and omega-3 fatty acids.  .

A study in 2010 from the University of Massachusetts discovered that women who consume a minimum of 253 IU of vitamin D a daily showed little or no symptom of PMS. Other studies showed that Vitamin D supplement could minimize the risk of PMS symptoms by up to 40 percent.

Beans have been proved to be beneficial at combating PMS symptoms because of its high magnesium content. Beans as well have 5% calcium, 28 % vitamin B1, and 6 % vitamin B2 recommended daily intake. Magnesium has been proved by scientific study to reduce the symptoms of PMS.

Due to the fact that they contain magnesium, vitamin B6, and manganese

Because it contains top levels of both magnesium, vitamin B6 and 107 percent of the recommended daily intake of manganese

Great source vitamin B2, magnesium, and vitamin E, the much discussed vitamins for PMS relief.

Other foods that can offer PMS relief

Nuts, tropical fruits, oranges and supplement like Licorice, Chasteberry and Dong Quai has also been discovered to be effective at fighting PMS symptoms.

A 2000 study from Cedars-Sinai Hospital in Los Angeles showed that that a mixture of dong quai chaste berry and evening primrose oil efficiently eliminated some symptoms of PMS.

There are some excellent natural remedies that have been discovered to relieve PMS symptoms. Generally, what works for one woman may not work for the others. It really comes down to trying different things to know which one works best for you.

Yoga and meditation can also be effective natural remedies for PMS. Not only do they offer great physical benefits to the body, but the relaxation the produce can help calm the mind to alleviate moodiness.

How about you? What natural remedy for PMS cramps and symptoms works best for you? Please share in the comment box below. 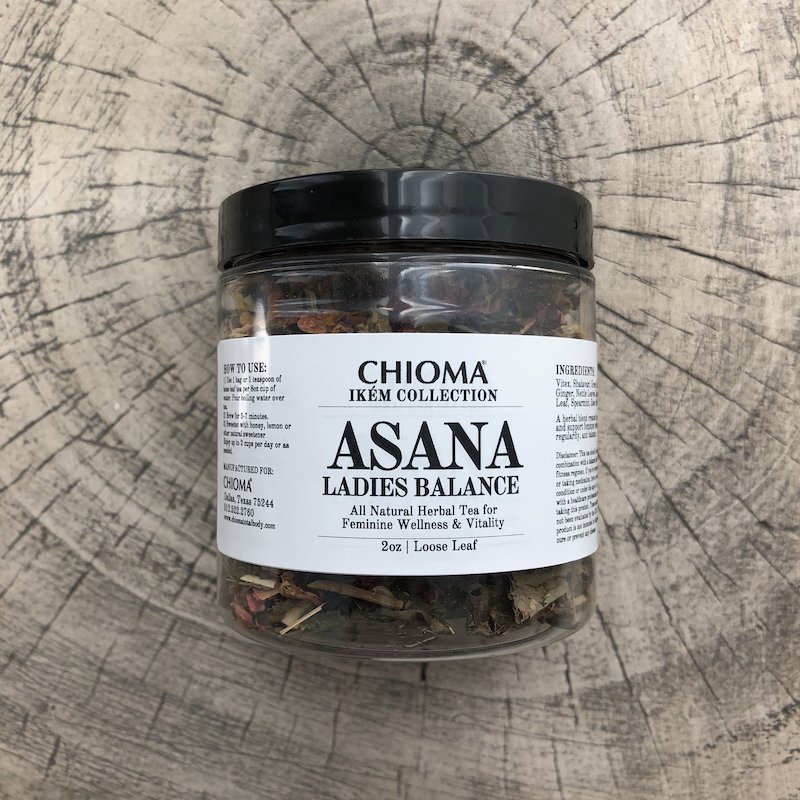 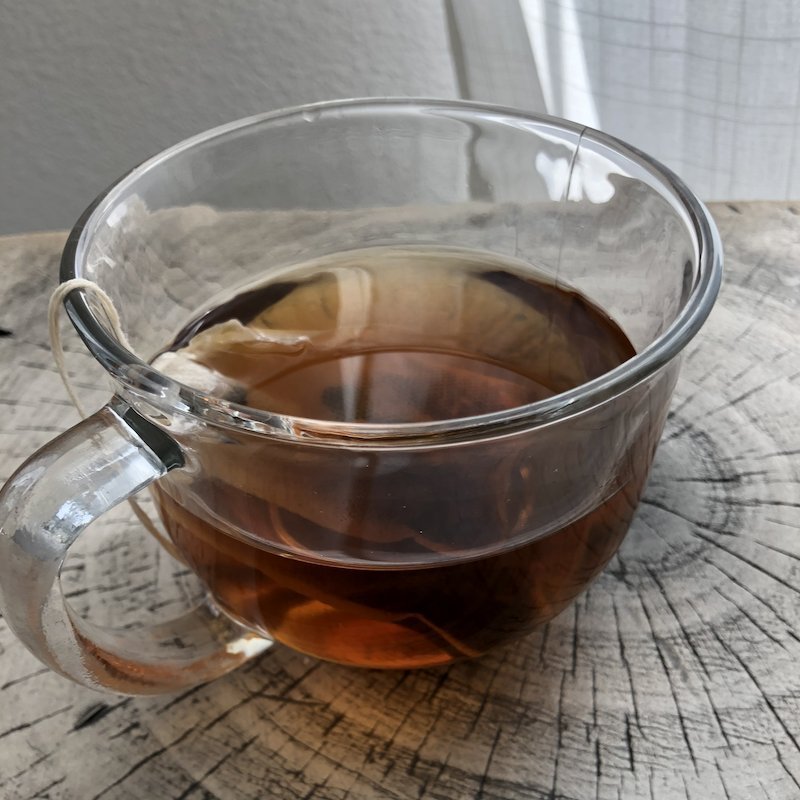