Spearmint for PCOS symptom management due to its natural anti-androgen properties has become a fairly hot topic as more and more women are seeking to move away from conventional medicine and find natural remedies to manage their health.

PCOS, or polycystic ovary syndrome, is a common disorder in young pre-menopausal women with the root cause being hormonal imbalance.

It occurs when a large number of cysts form in the ovaries preventing the normal function of the reproductive systems and leading to all types of issues.

There has not been an established medical cause for PCOS, but different factors including genetics, being overweight, unhealthy lifestyle habits, medications and toxins in the environment have been pointed to as a potential trigger.

Every woman is different and as a result we all see variation in the exact collection of symptoms that arises as a result of PCOS. Overall almost the symptoms can be unpleasant and can have emotional, physical and even serious health effects.

This can include fertility issues, difficulties with our menstrual cycle, acne, and problems maintaining a healthy weight. And on top of that it has significant unseen issues as well. This can range all the way up to predisposition to heart disease.

It’s clear that PCOS is something that we need to treat for reasons of both mental and physical health. There is however one major problem. And that’s the fact that there’s no cure for PCOS. In the medical community PCOS is still a major enigma, and many physicians are still unclear on effective ways to treat and manage the disorder.

Although there’s no cure for PCOS, there are treatment options that help to manage symptoms and enable women with the disorder to live healthy, normal lives. With the right methods a woman can remove many or even all symptoms associated with PCOS. This is especially important given that it typically affects one in twenty women.

That’s quite large number of women suffering, often silently, while under the impression that nothing can be done about it . But there are effective and natural treatments which are centered around working with the underlying cause of PCOS.

PCOS typically leads to an overabundance of androgens in a woman’s body. Contrary to popular belief, both men and women produce androgens. However in women, the amount of male hormone produced is much less than in males.

When androgen production is outside the normal range, our bodies will have trouble functioning properly. It’s a bit like giving pixie sticks to a toddler. Their bodies know how to deal with sugar, but put that much in and they’re going to go a bit crazy. Put too much androgen in our bodies and things will go haywire in a similar but far more severe way.

Knowing that androgen levels are usually high in women with PCOS, there have been increasing studies in natural anti-androgen remedies such as spearmint tea for PCOS. Androgens as chemicals are fairly simple and widespread in the ecosystem.

Herbal remedies can be quite effective at managing androgen levels due to the fact that plants are usually high in phytoestrogens which counter androgen hormones.

Spearmint tea for PCOS management has been gaining a lot of attention due to studies that was released showing how drinking 2-3 cups a day of spearmint can reduce androgen levels and hirsutism, excessive body hair.

The study found that the tea had significant anti-androgen effects on the women with PCOS.

One finding from the study of particular relevance for women seeking to use spearmint for PCOS has to do with length of treatment. The people behind the study stressed that we needs to give our body time to show the results.

Another reason that spearmint tea gained so much attention due to the study was their focus on how it relates to skin conditions. Spearmint tea for hormonal acne of any type can be effective, even in the absence of PCOS.

Spearmint tea was put forward as a candidate for PCOS treatment due to its preexisting tradition of women using it for various skin problems such as hirsutism.

But its ability to lower both free and total androgen levels suggests that it might work for reducing excessively oily skin among other excess androgen related skin and hair issues in women.

How to take spearmint tea for PCOS, hormone imbalance and other women issues.

In the randomized study conducted in Turkey which consisted of 42 women given both spearmint tea and a placebo herbal tea, results showed that the women who drank 2 cups of spearmint tea a day for 1 month straight had significant reduction of free testosterone levels while improving other hormone levels such as FSH and LH.

While more study needs to done on the use of spearmint tea as a natural anti-androgen, the herb shows some promising headway in the natural management of PCOS, hormone balance.

Our Spearmint BB tea blend with 100% all natural and organic spearmint, green tea, licorice and white peony is a herbal fusion to help promote a healthy balance and tame excess androgen hormones that can lead to excess facial and body hair and acne blemishes.

Spearmint is also available as an extract and in oil form. The oil can be applied topically to the skin.

Other health benefits of spearmint tea

In addition to helping with female hormone issues, spearmint has a myriad of other health benefits. As with its sister herb peppermint, it is commonly used to promote healthy digestion and provide relief for problems such as diarrhea, indigestion and flatulence. Spearmint tea is also known to be a stimulant and a germ killer according to WebMD and commonly used for immune health.

If taking spearmint for PCOS, it’s important to remember that spearmint isn’t a cure for hormonal disorders, but rather a treatment. Unfortunately spearmint is not a permanent cure for PCOS or hirsutism and once the spearmint is discontinued and if the imbalance is not corrected, it is likely that the symptoms will return.

As always before starting a natural regimen, check with your physician.

What about you? Have you tried Spearmint tea for PCOS or other female hormone problems? Please share your thoughts and comments in the box below. 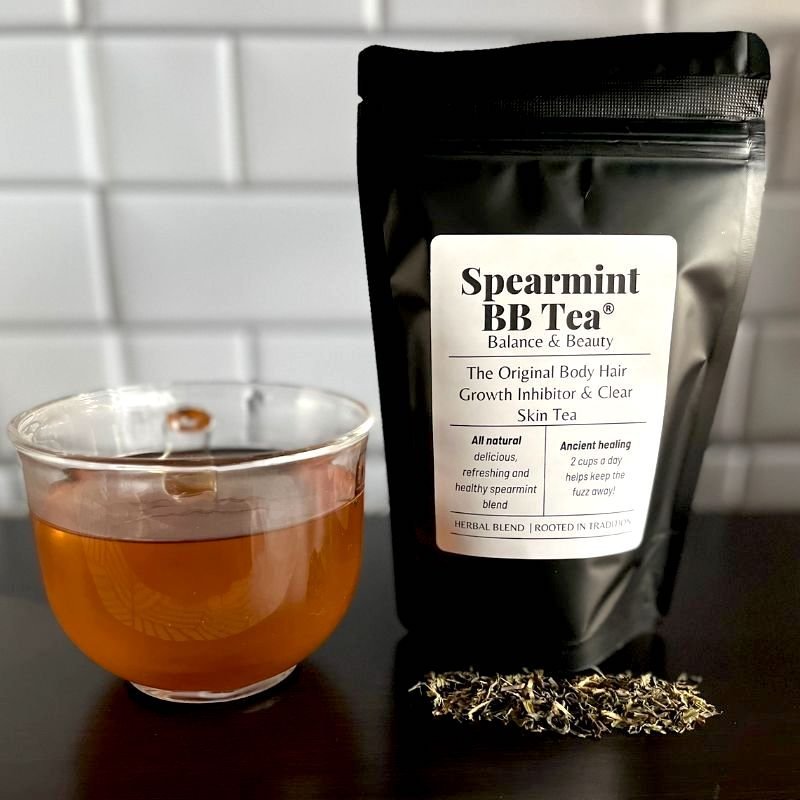 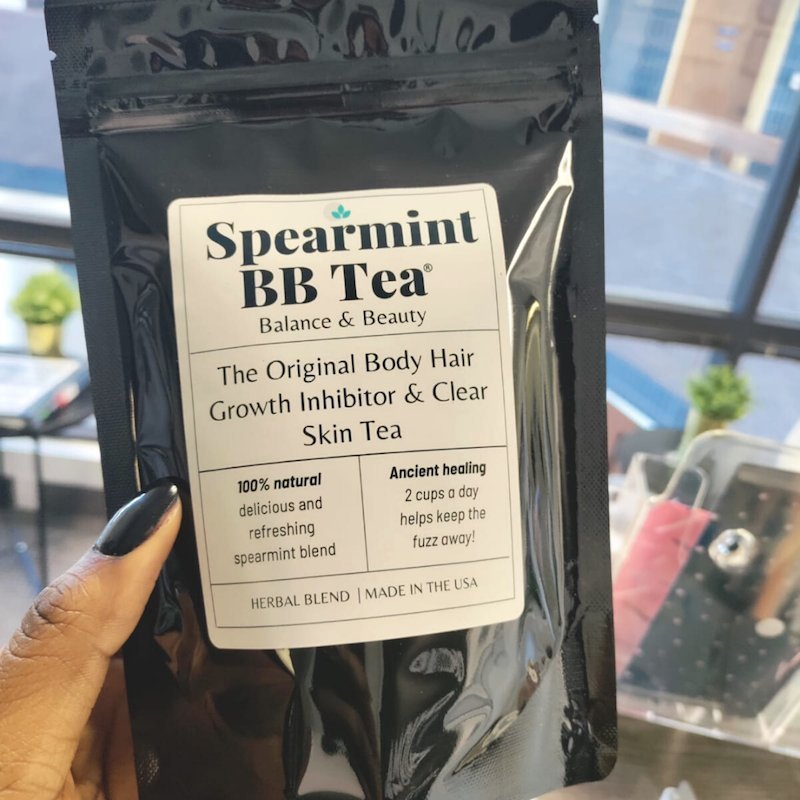 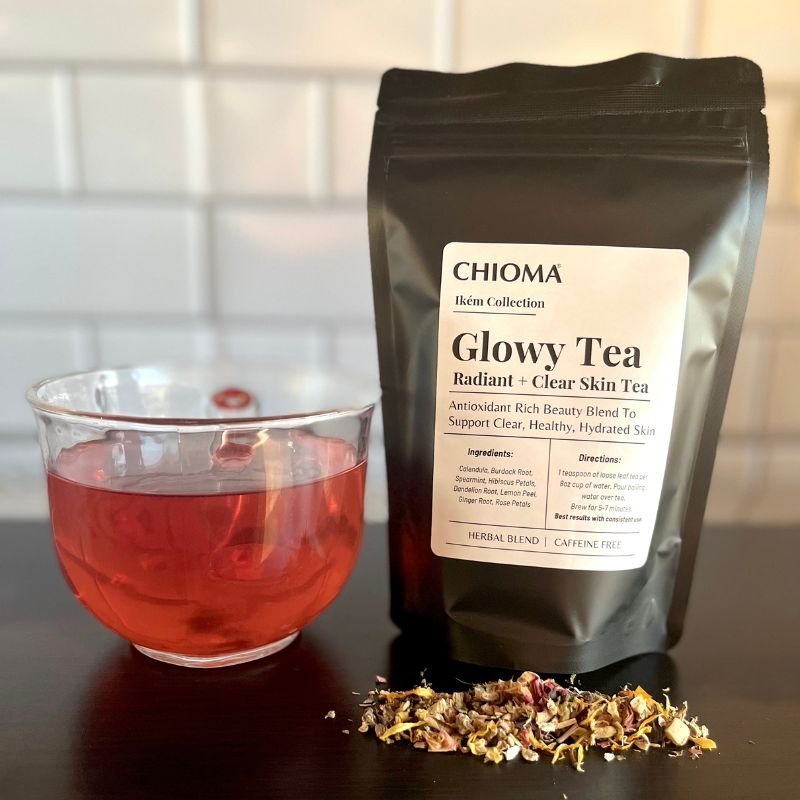 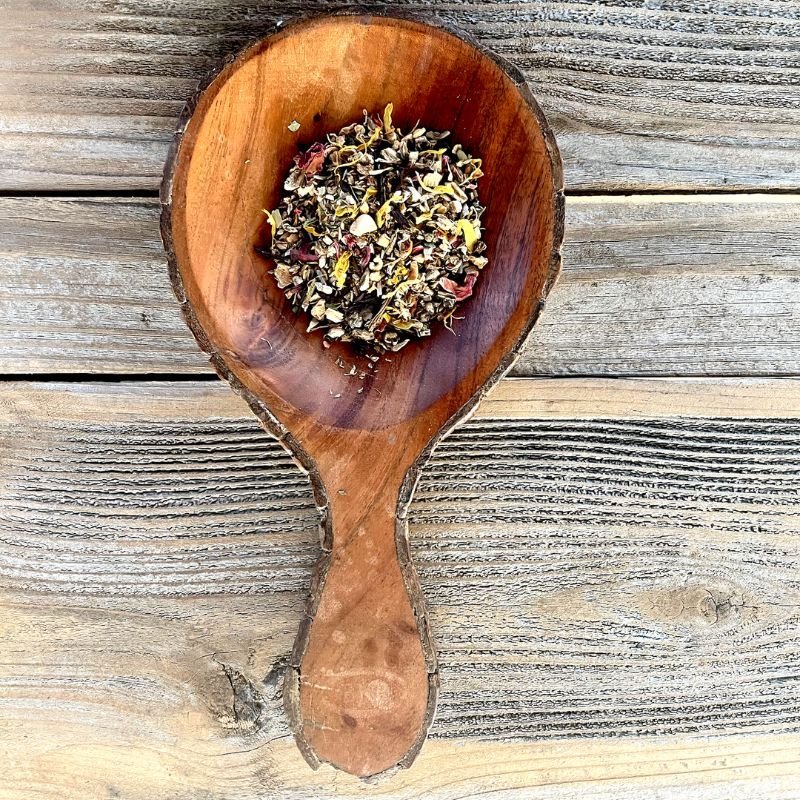